How a Professional Advisor is Positively Impacting his Community 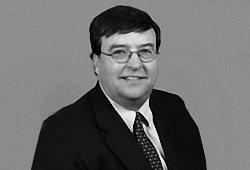 The community of Noble, Okla., is near and dear to the heart of the Kersey family, especially Randy, a professional advisor. He is a graduate of Noble High School and current president of the Noble Public Schools Foundation.

When Randy became president two years ago, he wanted to help increase the amount of money being raised to help his beloved alma mater. Having been with Edward Jones in Choctaw for nearly 13 years, Randy had met Joe Carter and, as a result, learned more about the Oklahoma City Community Foundation.

With his knowledge as a professional advisor, Randy led the efforts in 2014 to establish a permanent endowment fund to benefit the Noble Public Schools Foundation. Through the Charitable Organization Endowment Program, the Oklahoma City Community Foundation administers permanent endowment funds for the benefit of nearly 340 charitable organizations in central Oklahoma.

Since working with the Oklahoma City Community Foundation, the Noble Public Schools Foundation has significantly increased its endowment and has twice qualified for matching grants from the Kirkpatrick Family Fund.

The Noble Public Schools Foundation has also launched the 50 for 50 capital campaign to help engage and inspire Noble graduates from the last 50 years to pay it forward to future generations with a goal to raise a $1 million by 2020. All funds raised will provide grants to classroom teachers when traditional funding sources aren't available such as for innovative classroom projects, equipment and supplies.

"Noble isn't a wealthy community, but there are some talented people who have grown up here and have become very successful," Kersey says. "We felt if we could find a way to tell that story and engage the alums then we could make a difference and that is what has happened."

Randy added that by being able to leverage the donations with the Kirkpatrick Family Fund matching grants it has allowed the organization to raise more than what had been raised the prior 12 years.

When asked about why he finds working with the Oklahoma City Community Foundation important, Kersey replied, "The experience of the Oklahoma City Community Foundation, their credibility in the marketplace in the metro and if you look at the organizations that work with them, it's kind of a who's who of successful foundations, organizations and nonprofits in the area. That coupled with the opportunity to partner with other organizations such as the Kirkpatrick Family Fund can make a huge difference to a community like Noble."

Do you know an organization that might be interested in joining the Oklahoma City Community Foundation's Charitable Endowment Program? Any 501(c)(3) public charity organization providing direct services in central Oklahoma can make an application to participate. Upon approval, an endowment can be started with a minimum $40,000 contribution from the organization itself, from a donor or a group of donors. You can review the fund policy here. For more information about the Charitable Organization Endowment Program, contact Gayle Farley at g.farley@occf.org or 405/606-2910.